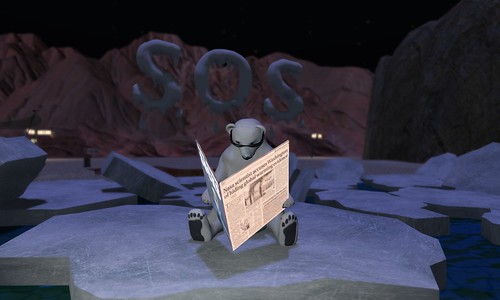 'Marking another milestone for a changing planet, scientists reported on Wednesday that the Earth reached its highest temperature on record in 2016, trouncing a record set only a year earlier, which beat one set in 2014. It is the first time in the modern era of global warming data that temperatures have blown past the previous record three years in a row. Even at current temperatures, billions of tons of land ice are melting or sliding into the ocean. The sea is also absorbing most of the heat trapped by human emissions. Those factors are causing the ocean to rise at what appears to be an accelerating pace, and coastal communities in the United States are beginning to spend billions to fight increased tidal flooding. Their pleas for help from Congress have largely been ignored.'

STAY IN THE KNOW
If you've enjoyed this, sign up for our daily or weekly newsletter to get lots of great progressive content.
Series: "climate Change"