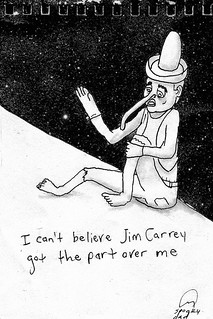 'Donald Trump is the presidential candidate that reality TV made. Reality television has always been fixated on the trappings of wealth; the rich for a lot of reasons — they live out our aspirations, and their mistakes and foibles shrink the gulf between their lives and ours. In a sense, Mr. Trump’s immersion in the medium of reality TV normalizes his wealth. He connects with an audience for whom he represents the sort of rich guy they would be if they had the money.  Reality shows thrive on high stakes, and there’s nothing higher than leadership of the No. 1 country in the world. Love him or hate him, he makes us feel as if the future of our country is teetering on the precipice. It might be entertaining to watch our country implode under his leadership, but one of the great pleasures of reality television is being able to turn it off when you’ve had enough.