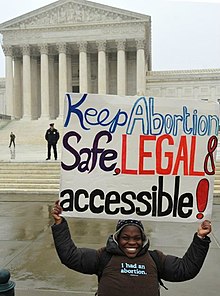 A San Antonio doctor who performed an abortion in defiance of a new Texas law was sued by two people seeking to test the legality of the state's near-total ban on the procedure. Former attorneys in Arkansas and Illinois filed lawsuits Monday against Dr. Alan Braid, who in a weekend WaPo opinion column became the first TX abortion provider to publicly reveal he violated the law that took effect on Sept. 1. Braid provided an abortion to a woman who was still in her first trimester but beyond the state’s new limit. “I fully understood that there could be legal consequences – but I wanted to make sure that Texas didn’t get away with its bid to prevent this blatantly unconstitutional law from being tested,” Braid wrote. Braid started his OB-GYN residency in 1972, when abortion was “effectively illegal in Texas.” He noted that he saw three teens die from illegal abortions that year.