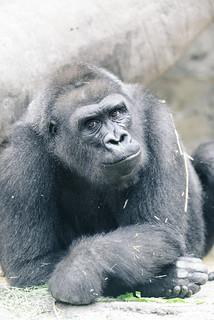 "The unseen gorilla is the fact that the Republican candidates, for all their chest-thumping and caterwauling about fiscal restraint and the evil of budget deficits, all  eagerly promote policies  which would push the country over a cliff into staggering debt, crippling the U.S. economy for generations. This is the underlying thread that connects all the GOP field, the one utterly ignored by a corporate media hopelessly transfixed and hypnotized by the circus sideshow. By treating the GOP debates as nothing but a sound-bite competition, the media have obscured what these folks’  economic “plans” for the rest of us really entail. But if any of these people is elected, they have every incentive—and a willing Congress—to execute the same destructive economic policies Republicans have always tried when they were permitted to be in charge. "