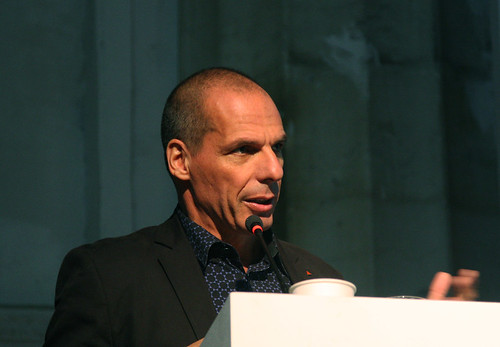 Yanis Varoufakis
(Image by Valerij Ledenev)   Details   DMCA
On Sunday morning, the former Greek finance minister Yanis Varoufakis picked up a microphone in Berlin, the German capital where, three years ago, high-stakes negotiations with E.U. leaders culminated in his resignation. Varoufakis, 57, knows many Germans still blame him and his country for the European debt crisis. But on stage in Berlin, next to a banner reading “European Spring,” he announced he would again be running for elected office. This time, in Germany.
Read the rest of the story HERE: