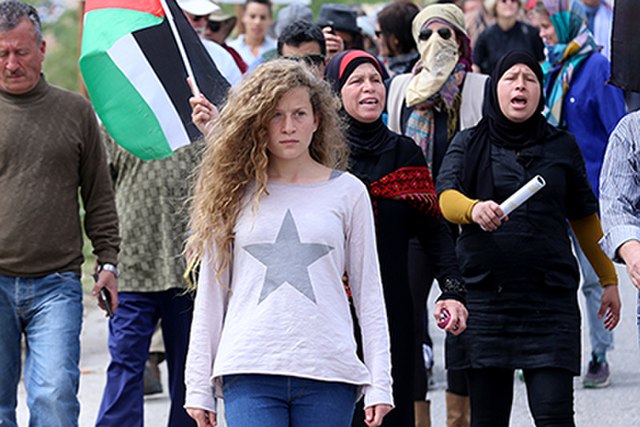 Residents in teen activist Ahed Tamimi's hometown awoke to menacing graffiti, including “Death penalty for Ahed Tamimi,” “There’s no room in Israel for the Tamimi family.” Tamimi’s father Bassem told The Times of Israel that the vandalism was “part of an effort by the occupation to get Palestinians to leave their homes,” adding that “such actions by settlers will not succeed.” The Palestinian teen, who was arrested by Israeli forces last month after a video of her slapping and shoving IDF soldiers went viral, is slated to have her military court trial begin next Tuesday after considerable delay. Tamimi was arrested after slapping a soldier who had just shot her 15-year-old cousin in the head.