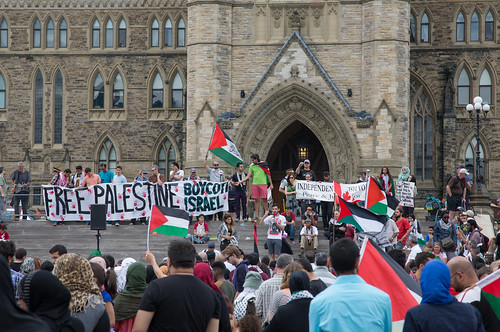 Chair of Delegation for relations with Palestine Neoklis Sylikiotis organized the event which took place at the European Parliament in Brussels, Belgium.

Among the participants was MEP Martina Anderson, an Irish politician from Northern Ireland who had spent 12 years in British jails. Anderson tweeted photos from the sit-in.