One of America's foremost spokesmen for peace, David Swanson has surveyed the major and minor candidates for the presidency in 2020 about their platforms with respect to the US military, foreign bases, drone killings, and our ongoing wars in Iraq, Afghanistan, Syria, and elsewhere. I had guessed Tulsi Gabbard might be the only one with an outspoken anti-war agenda. i was surprised. None of the candidates were taking strong, outspoken positions on peace. It seems that just talking about downsizing the American military can turn a politician into a lightning rod.

The candidate who came out clearly on top was Mike Gravel. Mike Gravel? Yes, he's running again, and just for this reason. At 89, he is doing this to make sure an anti-war voice sounds loud and clear. If you donate $1, you can help get him to the 65,000 mark, qualifying him for the June debates. 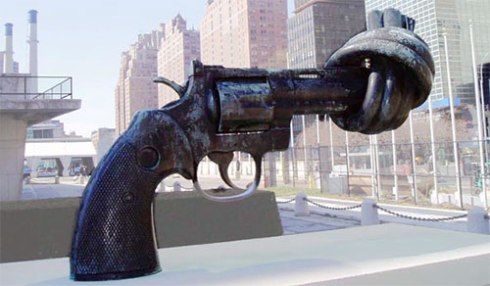 (Image by Reluctant Christian)   Details   DMCA
Read the rest of the story HERE: