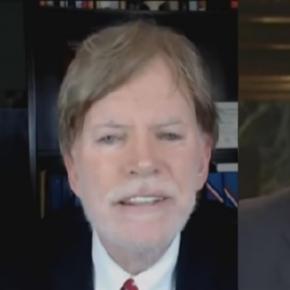 Former Ku Klux Klan leader David Duke spewed anti-Semitic conspiracy theories at a Louisiana Senate debate in New Orleans Wednesday, telling an empty auditorium that Jews control banks and the media, and suggesting that Hillary Clinton is in thrall to Jewish interests. Long the most prominent anti-Semitic white nationalist in the United States, Duke is polling at 5% in Louisiana’s Senate race, high enough to qualify for the debate. The debate was held at a historically black college and aired nationally on C-SPAN. Organizers chose to allow no audience in the auditorium. Duke was petulant, arguing with the moderator for extra time to respond to attacks from his opponents and accusing the moderator of bias.