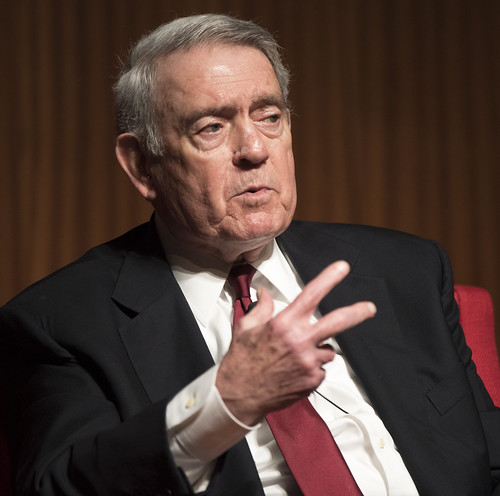 Dan Rather
(Image by LBJLibraryNow)   Details   DMCA
Former CBS News anchor Dan Rather on Sunday had some words of advice — and caution — for journalists covering presumptive GOP nominee Donald Trump. Rather criticized cable news networks’ wall-to-wall coverage of the real estate mogul and warned that they may have been “complicit” in Trump’s rise to the top of the GOP field. “What I worry about is, in a way, the media is a political partner, a business partner of Donald Trump,” Rather said on CNN’s “Reliable Sources.” “The media wants the ratings,” he went on. “Trump delivers the ratings. In a way, they’re business partners.”
Read the rest of the story HERE: