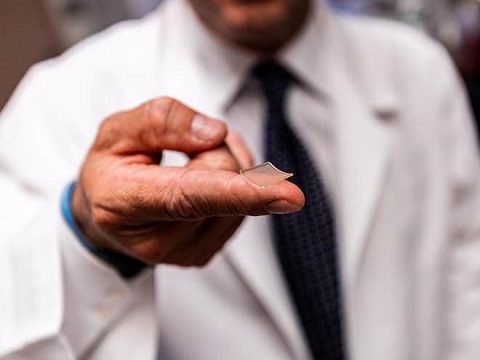 The vaccine is delivered into the skin through a fingertip-sized patch of microscopic needles
(Image by independent.co.uk)   Details   DMCA

A potential coronavirus vaccine developed by US scientists has been found to produce antibodies capable of fighting off Covid-19 in the first peer-reviewed study of its kind.

The vaccine, which was tested on mice by researchers at the University of Pittsburgh School of Medicine generated the antibodies in quantities thought to be enough to “neutralise” the virus within two week's' of injection..