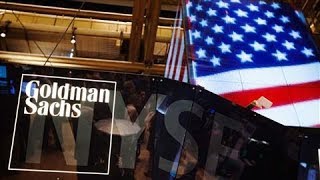 A closer look at the extraordinary nature of Goldman Sachs and its operations reveals not merely a bank but a cult of considerable proportion, brazen in its operations and indifferent to authorities.

Wherever one turns to this mercenary of the finance world, the pattern is tried and familiar. Clients of varying moral persuasions are targeted; books and accounts are cooked to order; loans and purchases are arranged. The result is often murky and often seedy.