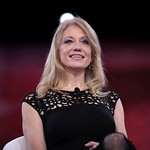 Appointing Mitt Romney as Secretary of State would be viewed as a major betrayal by many supporters of President-elect Donald Trump, former Trump campaign manager Kellyanne Conway told CNN on Sunday. “It’s just breathtaking in scope and intensity,” Conway said of the opposition to Romney among Trump supporters. Conway’s comments continued the public bashing of Romney that has been playing out, with top surrogates like Mike Huckabee and Newt Gingrich also going after the former Massachusetts governor. The spectacle has made it less likely that Romney will land at Foggy Bottom come January. “I’m all for party unity, but I’m not sure that we have to pay for that with the Secretary of State position,” Conway said. “We don’t even know if Mitt Romney voted for Donald Trump.”