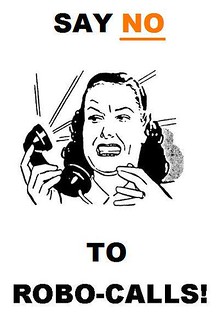 Buried in the massive budget compromise was a provision authorizing perhaps the one thing that no one -- no matter their party or philosophy -- wants: robocalls to cell phones. The HANG UP Act will repeal that before it takes effect: Support it now! It is currently illegal for debt collectors to robocall your cell phones without permission.

A sneak provision in the federal budget rushed through Congress this week (no amendments allowed) would change that -- but lawmakers are already feeling your wrath and have filed a separate bill to repeal the provision before it takes effect.

Tell your lawmakers to support the HANG UP Act!