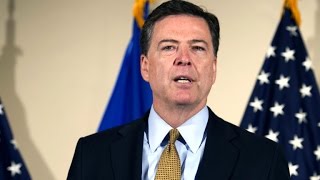 FBI Director James Comey to testify on Capitol Hill
(Image by CBS News, Channel: CBS News)   Details   DMCA
FBI Director James Comey will testify on Capitol Hill Thursday regarding the bureau's investigation of Hillary Clinton's email practices, part of a concerted GOP effort to keep the heat on Clinton heading into the party conventions and a long congressional recess. Comey will appear before the Oversight Committee at 10 a.m., House Oversight Committee Chairman Jason Chaffetz (R-Utah) said on Wednesday morning. The hearing will be just two days after Comey's stunning repudiation of Clinton's "extremely careless" practice of using a private email server to send classified information during her tenure as secretary of State. Comey did not recommend charges be filed against her, stoking GOP outrage and propelling congressional leaders like Chaffetz to seek more information.
Read the rest of the story HERE: