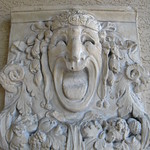 The nonprofit Project9line’s fitness and art courses include a comedy workshop to help veterans heal and return to civilian life. As part of the free 10-week course, students practice public speaking and learn how to write jokes and develop an onstage persona. The program culminates with a stand-up showcase that will put the students center stage on April 28 in Centereach. Project9line was founded three years ago by Army veteran Patrick Donohue of Islip, who was diagnosed with post-traumatic stress disorder after serving in Afghanistan. Donohue, 35, wanted to bring awareness to the impact that military life has on the mental health of servicemen and women and also to help veterans dealing with these and other issues.