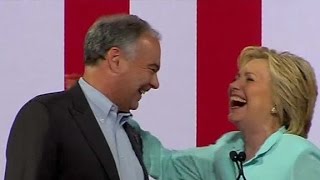 With Clinton’s lead at about 4% in polls, taking an action that was certain to shrink the turnout was either arrogant, stupid, or demonstrative of someone who is so out of touch with the plight of the average American as to be clueless. Beyond that, it’s irresponsible. Giving a candidate as heinous as Trump a shot at the Presidency raises the question of whether she has the judgement to serve as President.