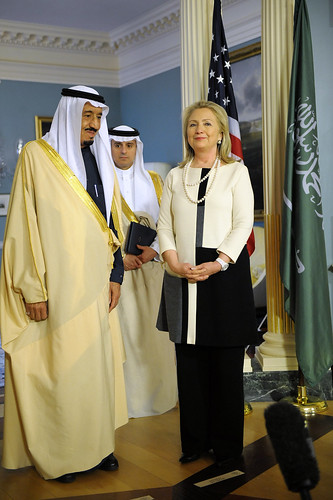 “You, the queen of warmongers, embodiment of corruption, and personification of the rot [i.e. superdelegates] that has sickened the Democratic Party for so long, have finally come out from behind the curtain.”

“From the day I announced my candidacy, there has been a concerted campaign to destroy my reputation. We wondered who was behind it and why. Now we know — it was always you, through your proxies and powerful allies in the corporate media and war machine”.

“Don’t cowardly hide behind your proxies. Join the race directly".