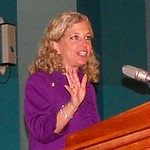 The suit includes six claims: fraud, negligent misrepresentation, deceptive conduct, monetary restitution for donors of Sanders , the DNC breaking its own fiduciary duties, and negligence for failing to protect sensitive donor information that was hacked. Beck & Lee noted the lawsuit was a way to give a voice to Sanders supporters who were silenced by the rigging of the primaries for Clinton. Attorneys Jared Beck, a Harvard Law graduate, and Elizabeth Beck, a Yale Law School graduate, have previously filed successful lawsuits against Yelp, Unilever, Korea Airlines, and fraudulent real estate investors.