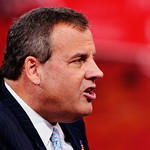 Governor of New Jersey Chris Christie
(Image by Michael Vadon)   Details   DMCA
Two former allies of New Jersey Governor Chris Christie were convicted of joining a partisan plot to create crippling traffic near the George Washington Bridge as punishment for a local mayor who wouldn’t support the governor’s 2013 re-election. Jurors found Bridget Anne Kelly and Bill Baroni guilty on all counts, including conspiracy, fraud and civil-rights charges, for plotting to misuse Port Authority property. The petty vendetta exposed the underbelly of New Jersey politics and helped torpedo the ambitions of Christie, once a front-runner for the Republican presidential nomination and now an adviser to Donald Trump’s campaign. The Bridgegate trial cast a particularly harsh light on Christie, who was portrayed as a vicious, obscenity-spewing bully who Kelly said knew about the lane closings in advance, despite his denials.
Read the rest of the story HERE: