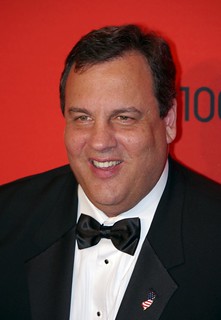 Chris Christie
(Image by david_shankbone)   Details   DMCA
Chris Christie — the brash New Jersey governor whose fast rise in Republican politics was undone by a petty scheme to clog traffic on a bridge — has decided to suspend his presidential campaign, according to two Republicans briefed on his deliberations. Christie held a meeting and conference call with campaign staff at 4 p.m. to inform them of his decision. Christie finished sixth in Tuesday’s primary in New Hampshire, the state on which he had pinned his last presidential hopes. Christie spent 71 days campaigning in the Granite State, and he had his best debate here just days before the primary — flustering rival Sen. Marco Rubio (R-Fla.) into robotic repetition by criticizing his lack of experience in office.
Read the rest of the story HERE: