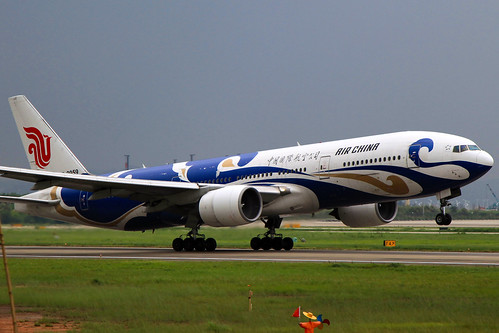 From the 'Help often comes from unlikely sources' file:  Before he even takes office, Trump and the GOP have nations around the world getting ready for the chaos that an uninformed electorate, manipulated by attacks from without and within on an antiquated election system, have unleashed on our entire planet. Trump team’s threats to name China a currency manipulator and to erect high tariffs against it drew fire in China outside official circles.  Among China’s likely targets, say trade experts: Boeing Co. aircraft and U.S. farm exports from Midwestern Republican states. Canceled Boeing orders would hurt U.S. shareholders, labor unions and the U.S. trade deficit, prompting pressure on the new administration, said Derek Scissors, an economist at data provider China Beige Book International. As of last month, China is awaiting delivery of 292 Boeing jets. Karma, she's a beach.