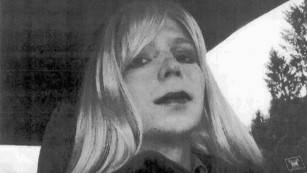 Chelsea Manning attempted suicide for the second time in recent months while in prison in Kansas for leaking classified information, two of her attorneys said on Friday. Manning’s attorneys cited her prison conditions – including the solitary confinement that her legal team says she received as punishment for her July suicide attempt – as contributing to their client’s fragile mental state. Attorney Strangio wrote. “She has repeatedly been punished for trying to survive and now is being repeatedly punished for trying to die.”