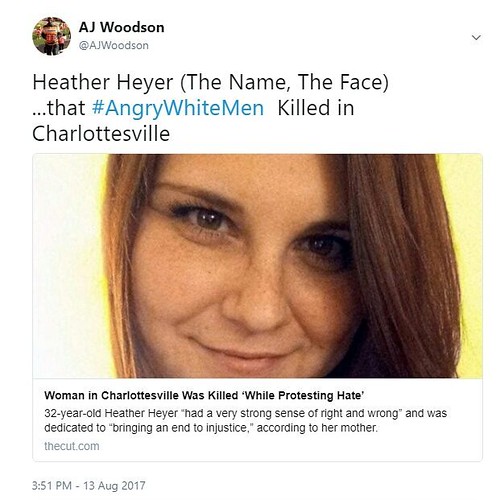 A white nationalist was convicted of first-degree murder and all other counts Friday after a jury found he intentionally drove his car into a group of counter-protesters at the 2017 “Unite the Right” rally in Virginia, killing Heather Heyer, 32. James Fields Jr., who had been known for idolizing Adolf Hitler, was tried in Charlottesville Circuit Court.  Heyer, a paralegal and civil right activists, was one of dozens of people who were marching against the white nationalists. Heather's friend Star Peterson who testified was also hit, breaking her back and both legs, and is still in a wheelchair.  Find out about the Heather Heyer Foundation here.