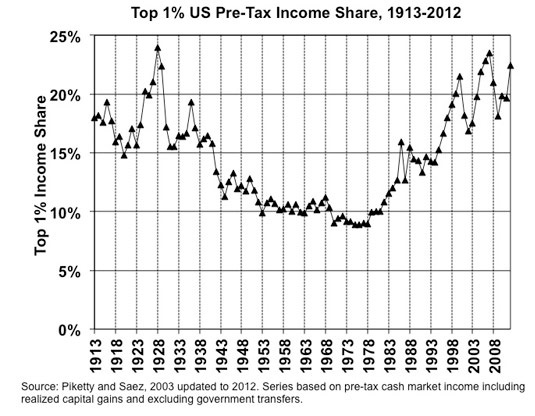 There are many reasons why Imperial Rome declined, but two primary causes that get relatively little attention are moral decay and soaring wealth inequality. The two are of course intimately connected: once the morals of the ruling Elites degrade, what's mine is mine and what's yours is mine, too.

I've previously covered two other key characteristics of an empire in terminal decline: complacency and intellectual sclerosis, what I have termed a failure of imagination.

Michael Grant described these causes of decline in his excellent account The Fall of the Roman Empire, a short book I have been recommending since 2009: