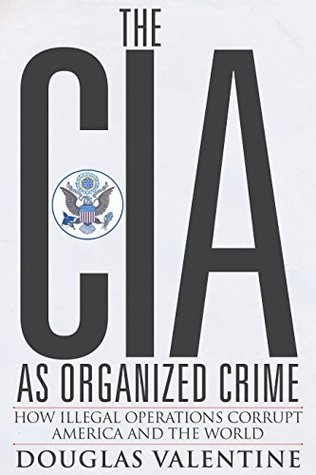 Douglas Valentine’s life’s work has been to expose and explain the CIA’s role in many key aspects of American society, and how they’re behind most of the atrocities, subversion and war since WWII, all over the world. I doubt that any other writer has given the details, or written with the force and courage that he has. He’s told us how America really functions, and what is behind much of its success in business, especially overseas. He’s described how the CIA infiltrates and is protected by the media and all the branches of the government, and how they can create chaos and control political messages, here and abroad.

Review of Douglas Valentine’s The CIA as Organized Crime: How Illegal Operations Corrupt America and the World