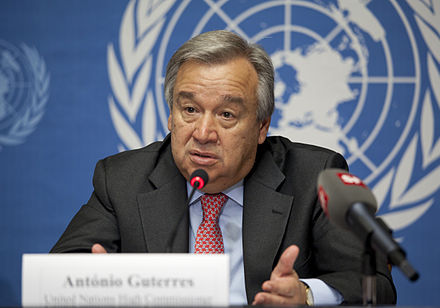 U.N. Secretary-General Antonio Guterres says that warring parties in 11 countries have responded positively to his appeal for a global cease-fire to tackle the coronavirus pandemic.  He called on all governments, groups and people with influence “to urge and pressure combatants around the world to put down their arms,” saying the need is urgent because “the COVID-19 storm” is now coming to all conflict areas.  “We need robust diplomatic efforts to meet these challenges,” Guterres said. “To silence the guns, we must raise the voices for peace.” He said a permanent nationwide cease-fire is essential to tackle COVID-19, noting that the appeal is “resonating” across the world, citing a growing number of endorsements for the cease-fire from 70 countries, civil society, religious leaders including Pope Francis, and more than 1 million people in an online petition organized by Avaaz.