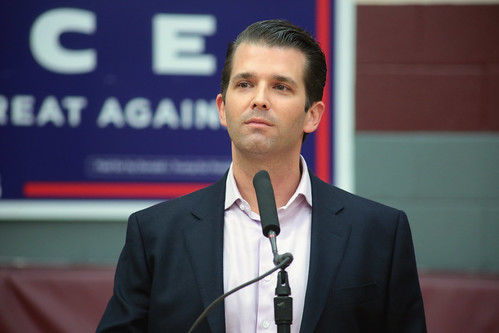 The only people who assert that Donald Trump Jr did not admit to committing a crime by his post are those with strong ties to the Republican Party. Virtually every other campaign finance law expert says that he admitted that he broke the law.  Business Insider finds evidence of solicitation and NBC states that there is a broad consensus  that Donald Trump Jr broke the law. Robert Bauer, Perkins Coie, former President Barack Obama White House counsel; Norm Eisen and Richard Painter, former White House ethics officials; Brendan Fischer, director, federal and FEC reform program at Campaign Legal Center; Jens David Ohlin, Cornell Law School and Richard Hasen, University of California, Irvine School of Law, weigh in.