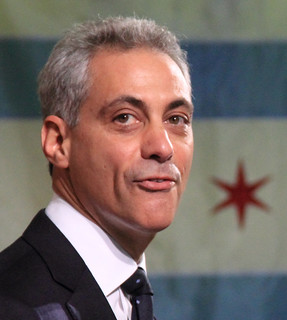 Chicago Mayor Rahm Emanuel
(Image by danxoneil)   Details   DMCA
Chicago residents and activists have taken to social media following the release of the dash-cam video showing the fatal shooting of 17-year-old Laquan McDonald to call for the resignation of Mayor Rahm Emanuel, who has come under fire recently for his stance on the release of the video. On Wednesday morning, the hashtag #ResignRahm was trending on Twitter in Chicago. More than a week before the video was released to the public, Emanuel said it would be premature to release it due to the ongoing FBI investigation.
Read the rest of the story HERE: