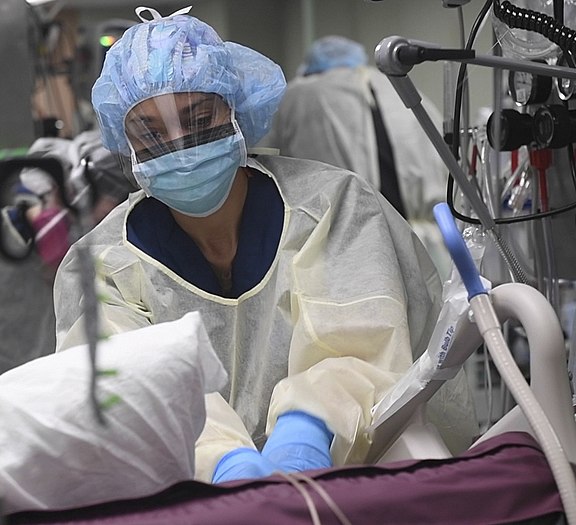 For the week ending November 19, North Dakota reported an average of 1,769 daily new cases per 1 million residents, according to the tracking project. South Dakota recorded nearly 1,500 per million residents, Wisconsin and Nebraska around 1,200, and Kansas nearly 1,000. Even in New York’s worst week in April - with business closed and panic gripping the public - the state never averaged more than 500 new cases per million people. California never topped 253. Hospital officials in the Midwest told Reuters they’re at capacity or nearly so.