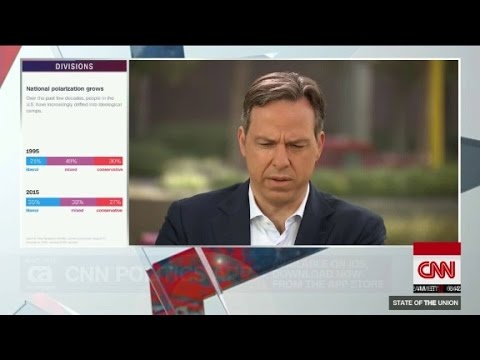 CNN anchor Jake Tapper is getting some criticism after his show ended up being caught up in the middle of the DNC email leak controversy. One of the emails released by Wikileaks is an exchange between The Lead‘s Jason Seher and a DNC staffer.

Seher wrote, “Thanks for facilitating Luis coming on today, and bearing with us through a meelee [sic] of GOP nonsense and cancellations and all that. Any particular points he’ll want to make? We’re gonna stay Dem focused…”

The email was forwarded to other Democratic staffers with the line “Need to know asap if we want to offer Jake Tapper questions to ask us.”

RT @Beaucoup_Fric: #DNCLeaks @jaketapper asking the DNC what kind of hit pieces they want him to run that day But thats normal right htt… at