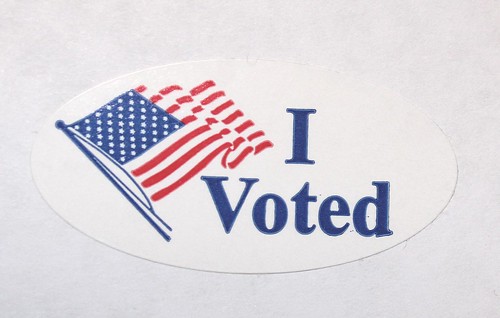 I Voted--at what price??
(Image by US Department of State)   Details   DMCA

This article documents a heinous violation of democratic principles by SCOTUS and the Wisconsin state supreme court, both GOP-dominated.

B y a 5–4 vote, SCOTUS yesterday justified "nullifying the votes of citizens who mailed in their ballots late—not because they forgot, but because they did not receive ballots until after Election Day due to the coronavirus pandemic." Tens of thousands of ballots will be thrown out.

Moreover, because of the vastly reduced number of poll workers today, the number of polling places has also been vastly reduced and lines are bound to be long. Governor Evers tried to postpone in-person election day, as have so many other states successfully, but was himself overruled by the state supreme court, which faces a crucial vote today.

So whatever the outcome of today's election in Wisconsin, it will not have been determined democratically.