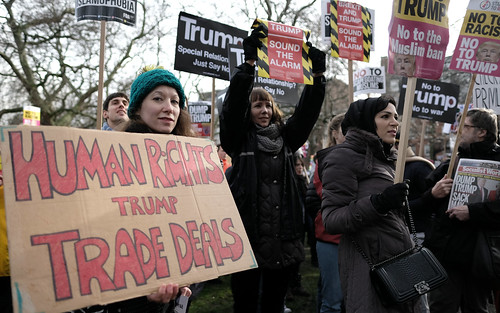 Tens of thousands of people in the United Kingdom have committed to protest during President Donald Trump's planned visit to London on July 13, with organizers saying a potential post-Brexit U.S.-U.K. trade deal as well as the president's overall agenda and misogynist, racist rhetoric will drive demonstrators into the streets. "We will be joining to take a strong stand against Trump's racism, bigotry, misogyny, transphobia—as well as his ultra-corporate trade agenda."