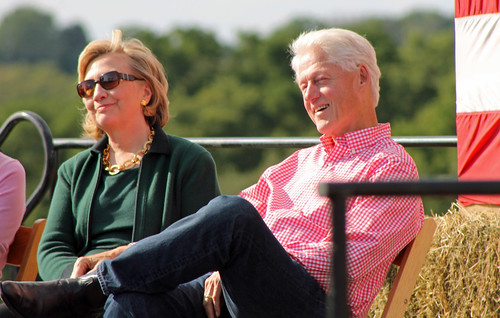 The Destruction of Hillary Clinton, a new book by Pulitzer Prize nominee Dr Susan Bordo, Professor of Gender and Women’s Studies at the University of Kentucky, sets out in great detail how this incredulous defeat came about...

“I saw her as entirely admirable. Not a faultless person, none of us are, and yet she was being represented in such a way that people were shouting ‘lock her up,’ describing her as a b*tch and a witch.”

Dr Bordo maintains that without the intrusion of Mr Comey and his seemingly contradictory decision to conceal an ongoing investigation into alleged ties between Mr Trump’s campaign and President Vladimir Putin’s Russia, Ms Clinton would have won.