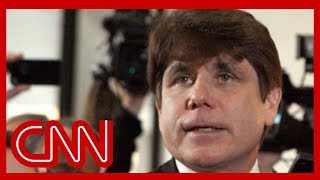 Blagojevich was not scheduled to be released until 2024, but his wife, Patti, went on a media blitz to lobby Trump to pardon her husband, comparing the special prosecutor investigation into Blagojevich's corruption to the Bob Mueller investigation, which Trump decried as a "witch hunt.”