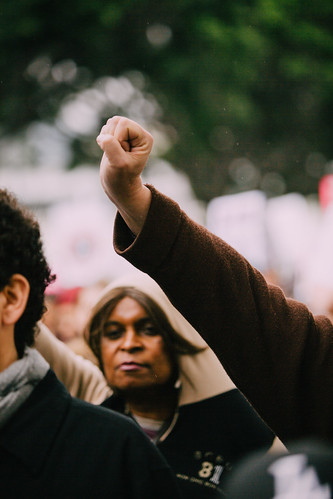 Last Tuesday 51% of white women and 63% of white men cast their ballots for VA’s Ed Gillespie, whose main campaign strategy was immigration fear-mongering and praising slaveholding Confederates. In NJ, 50% of white men and 55% of white women voted for Guadagno, the former lt. gov. to Christie, who promised to ban sanctuary cities. People of color overwhelmingly rejected both candidates, but no group did so more decidedly than black women, who gave Ralph Northam and Phil Murphy more than 90% of their votes. Coverage of the election almost consistently credited “women,” without using any modifiers, for pushing Dems over the top. Once again, black women got to the polls, got the job done, yet got almost no recognition or credit. According to the rules of voting, numbers and reliability, all this should make black women the undisputed and highly prized core of the Democratic base.