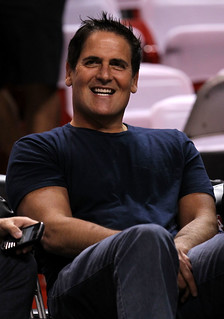 “He’s like that guy who walks into the bar, and will say whatever it’ll take to get laid. Only in this case he’s not trying to f*ck some girl. He’s trying to f*ck the country,” he said.

Cuban also warned that as extreme as Trump and his supporters have become, more is to be expected.

“He’s just getting started, there’s so much more to come,” Cuban told Wilmore and co-hosts Grace Parra and Jordan Carlos. “They’re not playing for real yet… he’s just warming up the audience.”