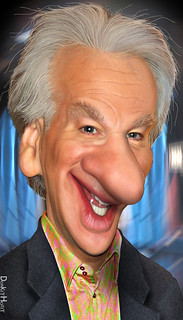 Bill Maher supports Bernie and says many good things in this article. But he also says Dems may lose if they refuse to say "Islamic terrorism."I say:  Dems may lose if people like Bill Maher continue to spew neocon talking points.

"No one thought a politician could survive, much less stay in the lead for as long as Trump has, based on a campaign of braggadocio and utter contempt for political correctness. But the younger generation is leading a movement to prize authenticity above all. Trump is a petulant child, but at least that's real, they seem to be saying. Bernie, too, is as real as real gets. (So real he doesn't even own a comb.)"