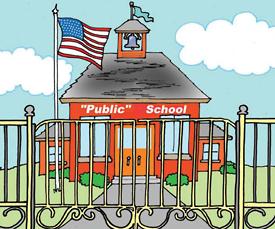 Diane Ravitch says: "People of Kansas: Tomorrow is your chance to vote for legislators who support public schools!  Kansas has become a textbook case of conservative incoherence. Conservatives are supposed to "conserve," but in Kansas they are destroying traditional institutions. Gov. Brownback has cut taxes to stimulate business and cut school budgets. Public schools that were once the pride of their community are struggling to stay afloat. In the wings are charter entrepreneurs and peddlers of vouchers.  The battle is being waged in affluent suburbs, which value their public schools yet elect conservative legislators who slash their budgets. The election this fall will see challenges to many of those legislators. Kansans are faced with a stark choice: good public schools or lower taxes. Vote for the candidate who pledges to oppose Brownback's tax cuts. Vote for your public schools".