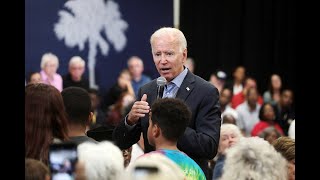 Biden refused to agree to the demand, insisting that he will "prioritize deportations only of people who have committed a felony or a serious crime.""You should vote for Trump," Biden repeated as Carlos Rojas, an organizer with Movimiento Cosecha, urged the former Vice President to depart from the destructive record of the Obama White House and support a moratorium on deportations.

Rojas replied that he wants to ensure immigrants living in the United States don't have to live in fear of deportation and separation from their families."You have the power, as a candidate, to commit to stop all deportations from day one. We want to hear you say that," Rojas said.