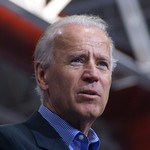 Joe Biden
(Image by marcn)   Details   DMCA
Former Vice President Joe Biden officially kicked off his 2020 campaign with a rally in Philadelphia on Saturday that focused on the need to unite the country and defeat President Donald Trump. “Our politics has become so mean, so petty, so negative, so partisan, so angry, and so unproductive,” Biden said. “Instead of debating our opponents, we demonize them.” That style of politics is “ripping this country apart at the seems,” Biden said before attacking Trump as a “divider-in-chief” who scapegoats immigrants and Muslims.
Read the rest of the story HERE: