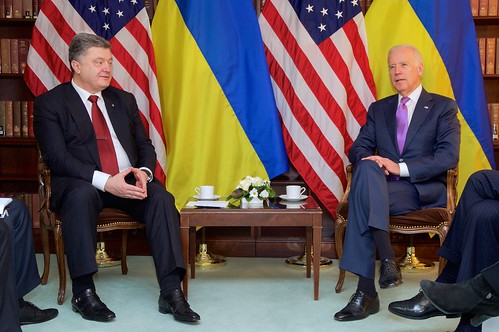 .....on a trip to Kiev in March 2016, [Biden] threatened to withhold $1 billion in United States loan guarantees if Ukraine’s leaders did not dismiss the country’s top prosecutor.....Among those who had a stake in the outcome was Hunter Biden, Mr. Biden’s younger son, who at the time was on the board of an energy company owned by a Ukrainian oligarch who had been in the sights of the fired prosecutor general....