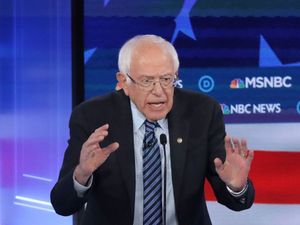 Bernie Sanders: Not Good Enough To Be Simply Pro-Israel -- The Forward
(Image by forward.com)   Details   DMCA

After the Democratic debates, many critiqued Sanders for appearing "angry." Some American Jews, however, saw these comments as ignorant or even anti-Semitic. Linguist and professor of contemporary Jewish Studies at Hebrew Union College Sarah Bunin Benor said these critiques of Sanders’s speech  reveal an unfamiliarity with the way Jews, particularly Jewish New Yorkers, speak. “The idea that arguing is part of how we as Jews speak, and the idea that Jews talk a lot with their hands has been the popular understanding of Jewish language for many decades,” she said. According to a 2008 survey Benor conducted, 47 percent of Jews report having been told their style of speech was too aggressive, compared to 36 percent of non-Jews.