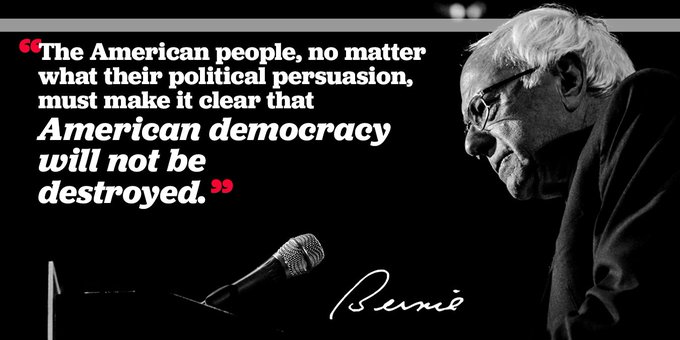 Senator Bernie Sanders argued in an impassioned speech Thursday that President Trump's refusal to commit to a peaceful transfer of power is a threat to American democracy.

"What I am going to talk about is something that, in my wildest dreams, I never thought I would be discussing," Sanders said. "And that is the need to make certain that the president of the United States, if he loses this election, will abide by the will of the voters and leave office peacefully."

"Trump's strategy to delegitimize this election and to stay in office if he loses is not complicated. Finding himself behind in many polls, he is attempting massive voter suppression," Sanders said.