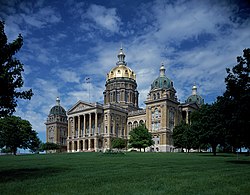 After a surge of enthusiasm that pushed Pete Buttigieg to the top of the field in November, the former South Bend, Indiana, mayor has faded, falling 9 percentage points to land behind both Sanders and U.S. Sen. Elizabeth Warren. Warren is at 17%; Buttigieg, 16%; and former Vice President Joe Biden, 15%.

“There’s no denying that this is a good poll for Bernie Sanders. He leads, but it’s not an uncontested lead,” said pollster J. Ann Selzer, president of Selzer & Co., which conducted the poll. “He’s got a firmer grip on his supporters than the rest of his compatriots.”

The percentage of those who say their mind is made up about which candidate to support on caucus night has risen to 40% — up 10 percentage points from November.