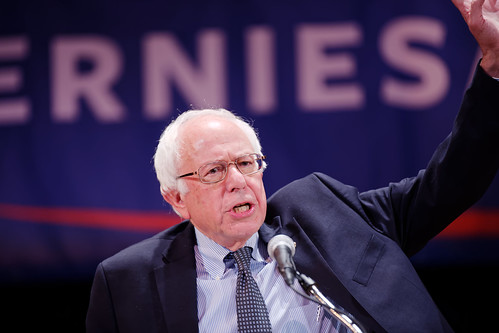 Bernie Sanders
(Image by Michael Vadon)   Details   DMCA
Hillary Clinton’s popularity has slumped in California under an unrelenting challenge from Bernie Sanders, who has succeeded in breaching the demographic wall Clinton had counted on to protect her in the state’s presidential primary, a new USC Dornsife/Los Angeles Times poll has found. As he has done across the country this primary season, Sanders commands the support of younger voters by huge margins in advance of Tuesday’s primary — even among Latinos and Asians, voter groups that Clinton easily won when she ran eight years ago. Many of his backers come from a large pool of voters who have registered for the first time in the weeks before the election. Yet, Tuesday’s outcome remains difficult to predict, precisely because of the untested nature of Sanders’ following.
Read the rest of the story HERE: