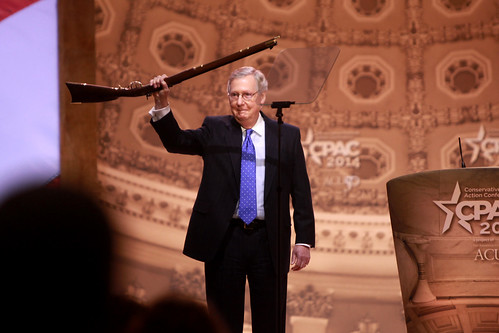 McConnell can vote any way he wants on an issue but what I find really outrageous and extremely undemocratic is his obstructionism and his refusal to allow major legislation to come to the floor for a debate and for a vote," Sanders told Hill.TV's Krystal Ball during an interview that aired on Monday.

"So essentially while enormous problems face this country - everybody knows it, there's very little that's going in the Senate, it is a do nothing body and that is because of McConnell," he continued.

Sanders called on voters in the Bluegrass State to "demand that their United States Senate allow real debate on the floor so that we can begin to do something to represent working families."