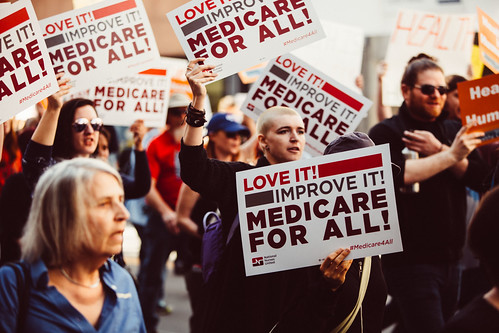 An idea whose time has (finally) come?
(Image by mollyktadams)   Details   DMCA

Critics of Medicare for All, which was also endorsed by Senator Elizabeth Warren of Massachusetts, a former Democratic presidential candidate who suspended her presidential campaign on Thursday, have also repeatedly questioned how such a plan would be paid for. They've argued that it would be far too expensive and become a major drain on the federal budget.

"Our study is actually conservative because it doesn't factor in the lives saved among underinsured Americans—which includes anyone who nominally has insurance but has postponed or foregone care because they couldn't afford the copays and deductibles," Alison Galvani, an author of that study.