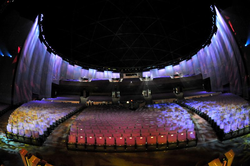 Univision surveys reported today: Sanders is favored by Latinos nationally and in NV. A day before the next DNC presidential debate in Las Vegas, Sanders got 33% of Latino voters; Biden 22% of voter preference; billionaire activist Tom Steyer 12%. NV, the first diverse early nominating state and also a swing state, holds caucuses Saturday. It has held early voting over 4 day ending Tuesday. With 32 million eligible Latino voters across the country in 2020, the key constituency that could surpass black voters as the largest minority voting bloc in the U.S. this year, according to Pew Research Group. In NV, Latino voters are 1/3 of the population. Nationally, Sanders leads among Latino voters with 30%, up 10% since the September  Univision poll. Biden got 21% nationally and Bloomberg got 18% nationally among Latino voters. Warren got 10%, Buttigieg received 5%, according to the poll.