The democratic socialist came out far, far ahead of both Clinton and Trump.
Democratic presidential candidate Bernie Sanders won the online reader’s poll for TIME magazine’s 2015 Person of the Year—receiving just above 10 percent of the vote when polling concluded Sunday night. Sanders came out far ahead of other presidential candidates, trumping Donald Trump (1.8 percent) and vanquishing his main contender, Hillary Clinton (1.4 percent), who stills carries a strong lead in national polls.

The reader’s poll award does not secure Sanders TIME’s Person of the Year title. If Sanders wins, he will be the first presidential candidate to receive the award since it was first given out in 1927. TIME editors will reveal their decision for Person of the Year during NBC’s Today Show on Wednesday morning. 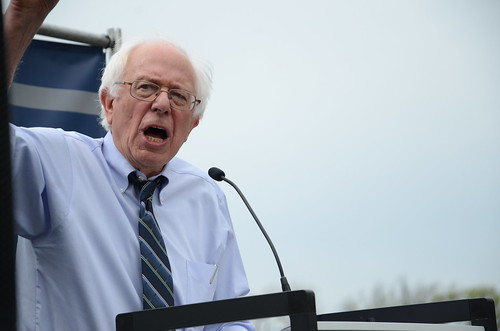